Laurie Hoecherl, Professor of Mathematics at Kishwaukee College, has been named this year’s winner of the Award for Teaching Excellence through the Illinois Mathematics Association of Community Colleges (IMACC). 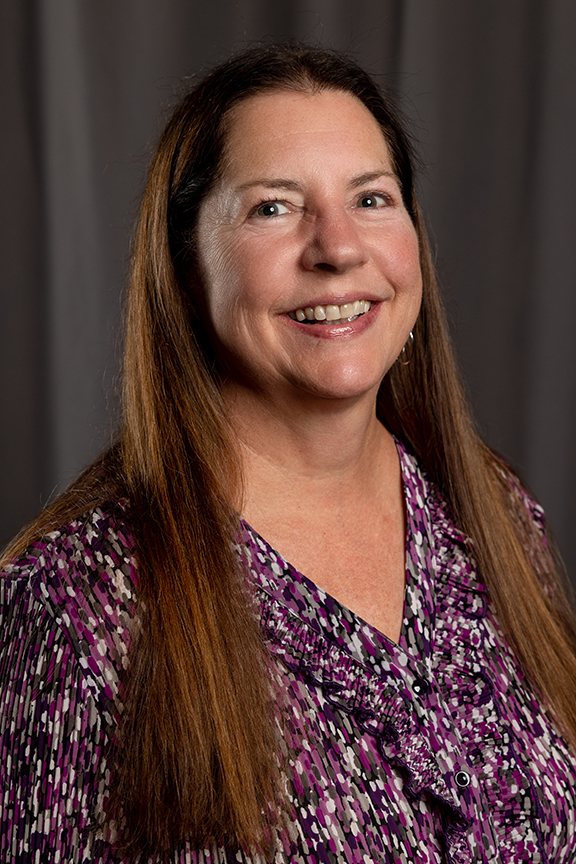 Hoecherl, who has taught mathematics at Kish full-time for 32 years, was announced as the award recipient at the virtual 2022 IMACC Conference. She said the award was unexpected, and as the award presenter was giving the recipient’s introduction, it dawned on Hoecherl that the presenter was describing her.

“It was a surprise. It was like, ‘Oh wow, they are talking about me,’” Hoecherl said. “It means a lot to me to have this statewide recognition from my peers.”

The IMACC award recognizes an instructor excelling in instructional effectiveness and support of students, professional involvement and professional development, and service to departments and the College. Hoecherl was nominated by fellow Kish mathematics instructor Kyra Rider, who emphasized Hoecherl’s fun teaching style and commitment to student success. Rider described how Hoecherl incorporates songs into her lessons and uses treats like lifesavers and pringles to teach conic sections of calculus.

“Those lessons are about finding common ground. If you see the patterns and make connections to things you already know, you can build your math skills on that,” Hoecherl said.

The nomination also emphasized Hoecherl’s commitment to student success. She played a key role in developing programs like the Math Anxiety Workshops or the Embedded Tutor program, which placed a tutor directly in her classroom to help the other students.

“The tutoring program gives the students another expert in the classroom,” Hoecherl said. “It’s one more person they can go to who will present the material the same way I did, and it gives the students more options to get help.”

Through more than three decades of instruction at Kish, Hoecherl has taught developmental math to higher-level courses like calculus, differential equations and everything in between. She played a role in helping guide the mathematics curriculum at Kish and regularly worked to improve and adapt to new teaching techniques through professional development. Additionally, Hoecherl was the faculty advisor for Kish’s chapter of the Phi Theta Kappa Honor Society for 15 years and was awarded the Kishwaukee College Board of Trustees Award of Excellence for Full-Time Faculty in 2009. Hoecherl will retire from Kish this summer.

To learn more about mathematics as Kish, visit kish.edu.